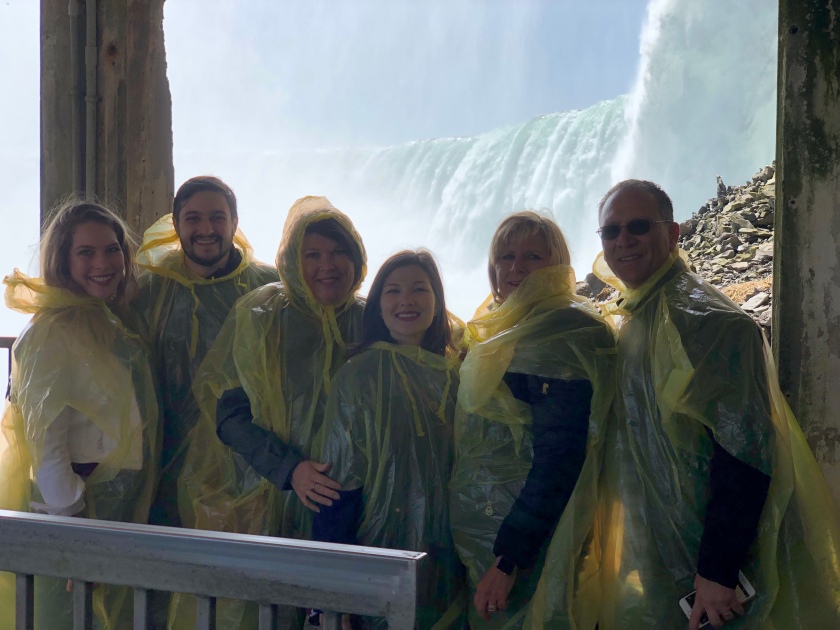 I went to Canada for 2 weeks with my family in May. This was right before I decided to commit to making this blog, so I will share the foods I actually took pictures of.

Growing up, we regularly made trips to Canada, since my mom is Canadian and her parents still lived there. At a relatively young age, my grandparents died and our Canada trips became much less frequent. In May, we finally decided that it was time to go back. This time though, I was vegan. I was a little sad that I wouldn’t be able to eat some of my favorite Canadian food. Also, I was a little nervous that I wouldn’t eat much more than salad, since I was traveling with all meat eaters.

One of the best things about Canada is the amazing produce they have. Every time we go visit, we pick some kind of fruit, like strawberries or blueberries. Sadly, we were visiting too early this year and nothing was ready to pick yet. Luckily, I got plenty of fresh fruits and veggies at various farmers markets. 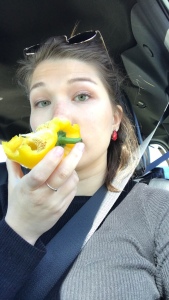 One of the nights in Montreal, we looked at so many restaurant menus and couldn’t find many vegan options. My mom decided that we should just split up and that she would go with me to a full vegan restaurant, while the others ate what ever that wanted. I was ecstatic because we weren’t going to go to any fully vegan restaurants, since I was the only non-meat eater in the group. We ended up going to a restaurant called LOV and it was absolutely amazing. I finally had an enormous amount of options.

While in Old Quebec (Quebec City), we decided to eat at a restaurant  in the Fairmont, called Bistro Le Sam.  I had a risotto made with a dairy alternative. As you can tell by the photo, I was so excited and it was so good that I was almost done, before I realized I had wanted to take a photo of it.

When we were wandering around Ottawa, I saw a sign that said vegan and had to go in. I got an Oreo donut and even Tony picked one of the vegan donuts because he said it looked the best. 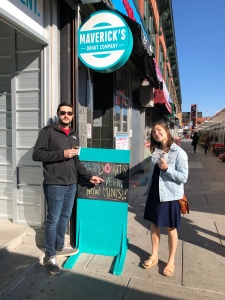 Since we were little, we always went to the Mandarin, a buffet style Chinese restaurant. I was a little worried I wouldn’t be able to eat anything, since this was the first time back as a vegan, but I ended up getting plenty and being completely satisfied and nostalgic.

I was determined to find vegan donuts in Toronto. We stopped at multiple places and every time they were already sold out. We finally found a place that had a selection of vegan donuts that were not sold out,Glory Hole Doughnuts. I ended up getting 3 vegan donuts and 3 regular ones for everyone else, i.e. my dad. 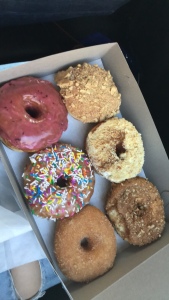 When wandering around Kensington Market in Toronto, looking for lunch, I quickly told my mom, “I’m going there!” and ran across the street. I had spotted, Otto’s Berlin Doner.  They had a veggie doner and the garlic sauce was vegan! I even got fries in it! It was so big my mom had to take a picture. 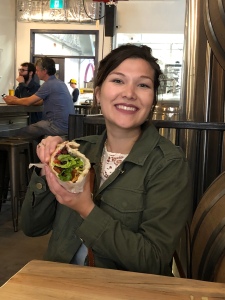 There are some really Canadian foods that we all had to get because they are very hard to find in Texas. The first being Ketchup, Dill, and All Dressed chips. There was a bit of a problem because the Lay’s one had a milk product in all of them, still not positive for what purpose, but the Old Dutch  ones are vegan! Poutine (pictured above) is another Canadian specialty. You can find it at the vegan restaurant I went too or they have some at Poutini’s House of Poutine.

Sadly, I was only  able to find a vegan version of my and Aero bar (dark chocolate- it was only okay), but no Crunchies, Smarties, or Turkish Delights.